The sirloin steak is a steak cut from the rear back portion of the animal, continuing off the short loin from which T-bone, porterhouse, and club steaks are cut. 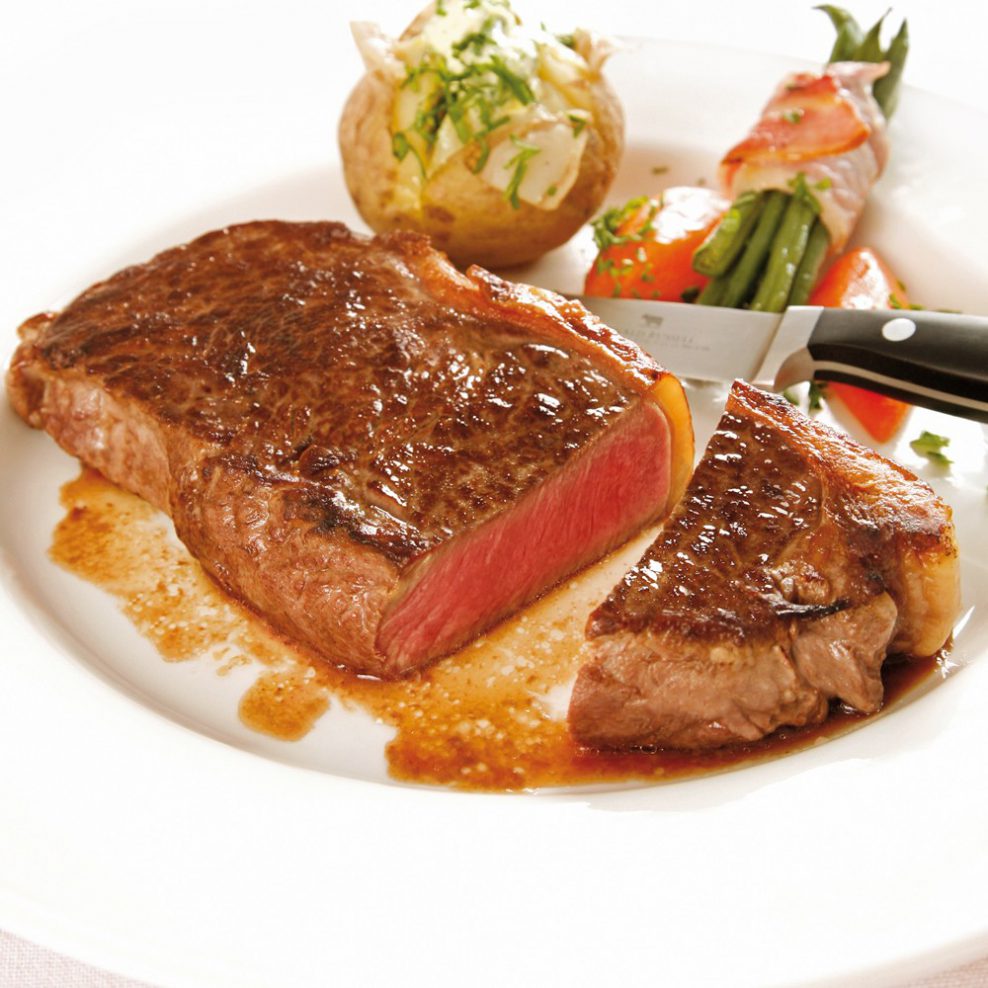 In British and Australian butchery, the word sirloin refers to cuts of meat from the upper middle of the animal, more equivalent to the American short loin.