The word oyster is used as a common name for a number of distinct groups of bivalve molluscs which live in marine or brackish habitats. The valves are highly calcified. 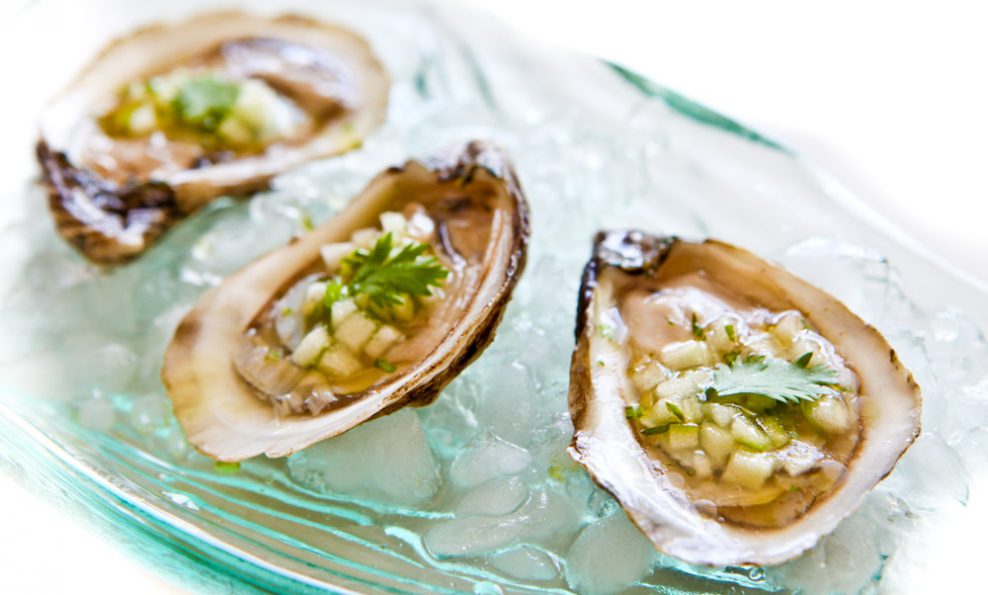 Some kinds of oyster are commonly consumed, cooked or raw, by humans. These are considered an aphrodisiac. Other kinds, such as pearl oysters, are not eaten by humans.

Jonathan Swift is quoted as having said, “He was a bold man that first ate an oyster”, but evidence of oyster consumption goes back into prehistory, evidenced by oyster middens found worldwide. Oysters were an important food source in all coastal areas where they could be found, and oyster fisheries were an important industry where they were plentiful. Overfishing and pressure from diseases and pollution have sharply reduced supplies, but they remain a popular treat celebrated in oyster festivals in many cities and towns.