Foie gras is a food product made of the liver of a duck or goose that has been specially fattened. 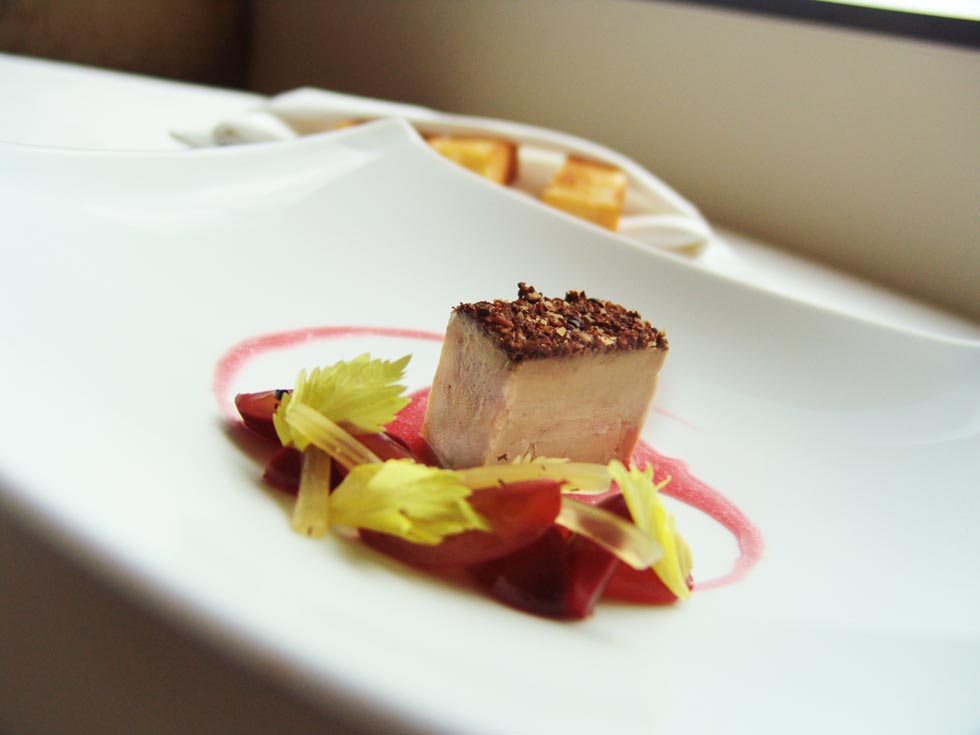 This fattening is typically achieved through gavage (force-feeding corn), according to French law,though outside of France it is occasionally produced using natural feeding. A pastry containing pâté de foie gras and bacon, or pâté de foie gras tout court, was formerly known as “Strasbourg pie” (or “Strasburg pie”) in English on account of that city’s being a major producer of foie gras.

Foie gras is a popular and well-known delicacy in French cuisine. Its flavor is described as rich, buttery, and delicate, unlike that of an ordinary duck or goose liver. Foie gras is sold whole, or is prepared into mousse, parfait, or pâté (the lowest quality), and may also be served as an accompaniment to another food item, such as steak. French law states that “Foie gras belongs to the protected cultural and gastronomical heritage of France.