ost meat roasts are large cuts of meat. Many roasts are tied with string prior to roasting, often using the reef knot or, in the more traditional sense, the packer's knot. 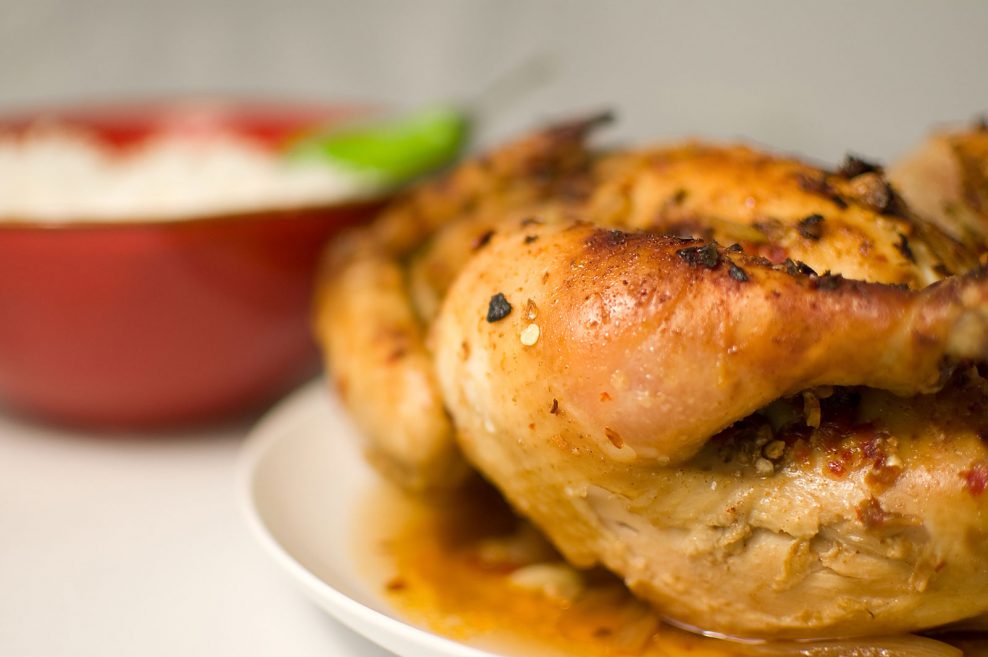 In general, in either case, the meat is removed from heat before it has finished cooking and left to sit for a few minutes, while the inside cooks further from the residual heat content, a phenomenon known as carry over cooking, also known as “resting” the meat.

The objective in any case is to retain as much moisture as possible, while providing the texture and color. As meat cooks, the structure and especially the collagen breaks down, allowing juice to come out of the meat. So meat is juiciest at about medium rare while the juice is coming out. During roasting, meats and vegetables are frequently basted on the surface with butter, lard, or oil to reduce the loss of moisture by evaporation. In recent times, plastic oven bags have become popular for roasts. These cut cooking times and reduce the loss of moisture during roasting, but reduce flavor development from Maillard browning, somewhat more like (boiled or steamed) stew or pot roast. They are particularly popular for turkeys.