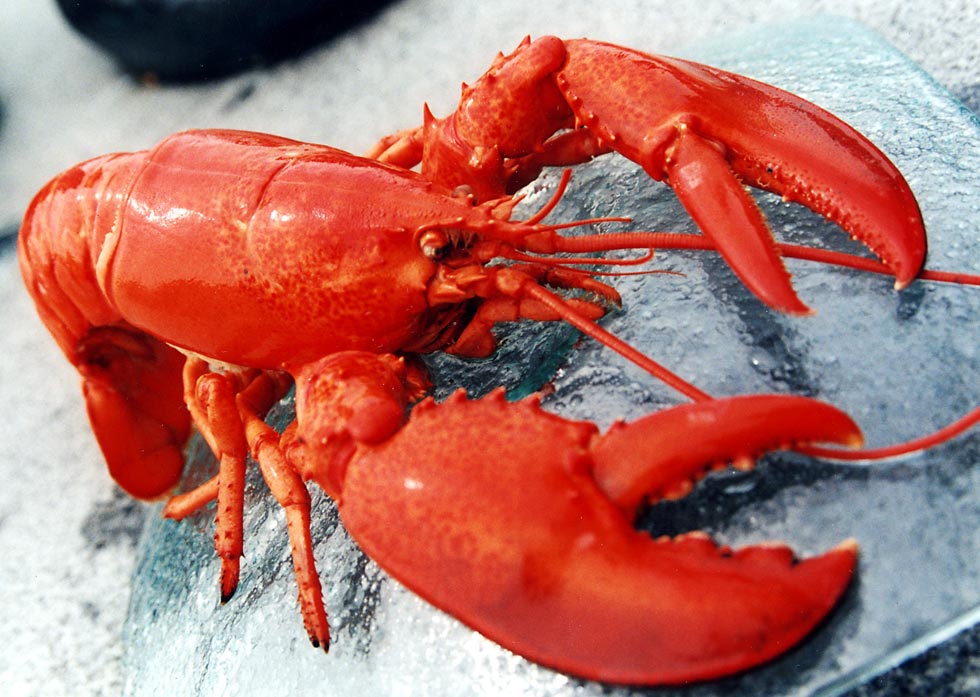 Lobsters are invertebrates with a hard protective exoskeleton. Like most arthropods, lobsters must molt in order to grow, which leaves them vulnerable. During the molting process, several species change color. Lobsters have 10 walking legs; the front three pairs bear claws, the first of which are larger than the others.[4] Although, like most other arthropods, lobsters are largely bilaterally symmetrical, they often possess unequal, specialized claws, like the king crab.