Filet mignon (French for "cute fillet" or "dainty fillet") is a steak cut of beef taken from the smaller end of the tenderloin, or psoas major of the beef carcass, usually a steer or heifer. 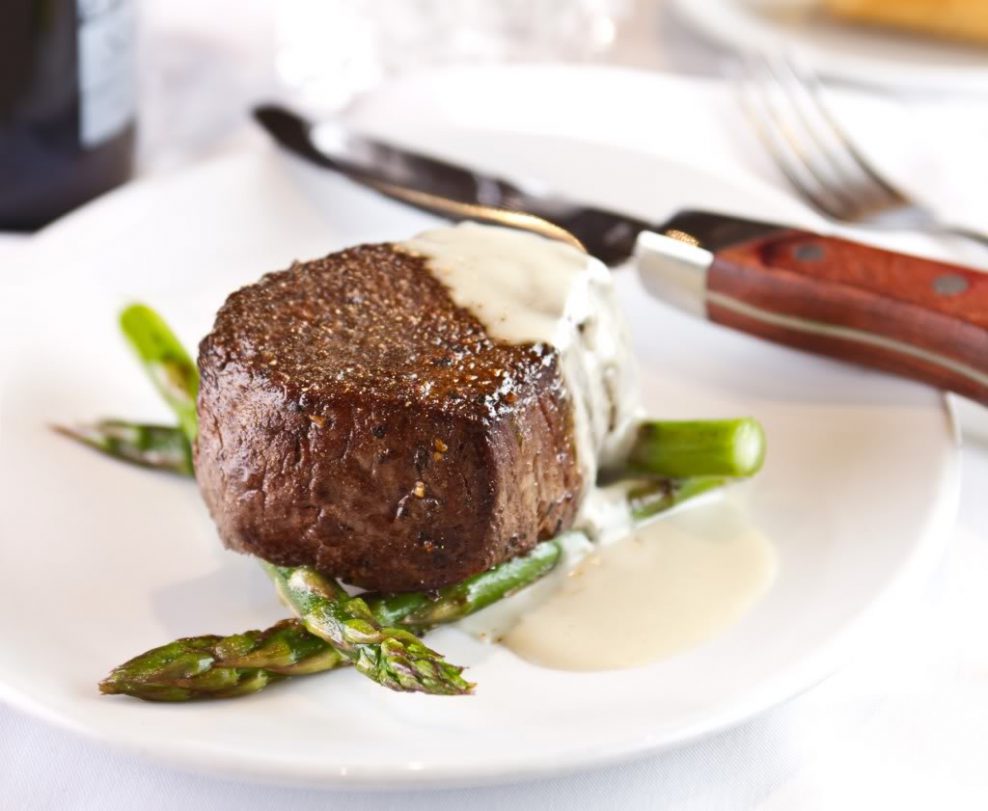 In French it is called filet de bœuf; filet mignon, when found on a menu in France, generally refers to pork rather than beef.

The tenderloin (not to be confused with the short loin) runs along both sides of the spine, and is usually harvested as two long snake-shaped cuts of beef. The tenderloin is sometimes sold whole. When sliced along the short dimension, creating roughly round cuts, and tube cuts, the cuts (fillets) from the small forward end are filet mignon. Those from the center are tournedos. However, some butchers in the United States label all types of tenderloin steaks “filet mignon.” In fact, the shape of the true filet mignon can be a hinderance when cooking.