The original type of sushi, known today as nare-zushi (馴れ寿司, 熟寿司), was first developed in Southeast Asia, and spread to south China before introduction to Japan. 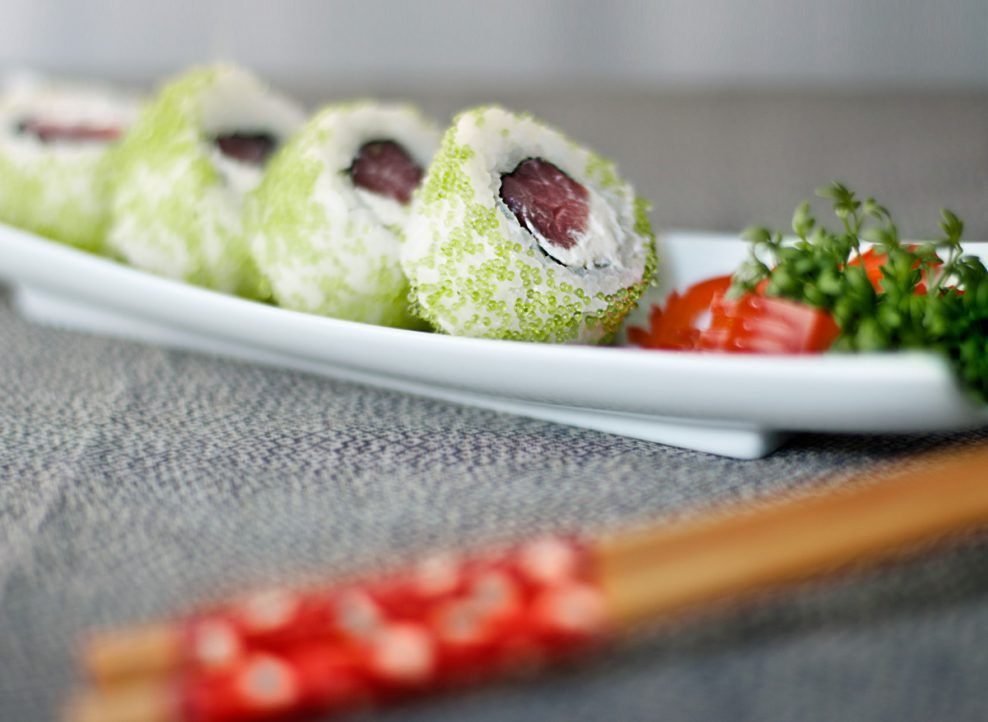 Contemporary Japanese sushi has little resemblance to the traditional lacto-fermented rice dish. Originally, when the fermented fish was taken out of the rice, only the fish was consumed and the fermented rice was discarded.The strong-tasting and smellingfunazushi, a kind of narezushi made near Lake Biwa in Japan, resembles the traditional fermented dish. Beginning in the Muromachi period (AD 1336–1573) of Japan, vinegar was added to the mixture for better taste and preservation. The vinegar accentuated the rice’s sourness and was known to increase its shelf life, allowing the fermentation process to be shortened and eventually abandoned. In the following centuries, sushi in Osaka evolved into oshi-zushi. The seafood and rice were pressed using wooden (usually bamboo) molds. By the mid 18th century, this form of sushi had reached Edo (contemporary Tokyo).